Is controversy appropriate in Hispanic marketing? 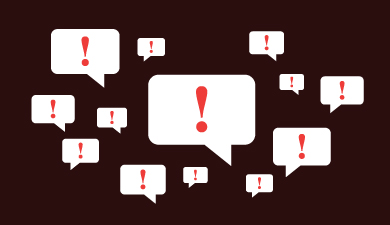 Today, the Dallas based pizza franchise Pizza Patrón will launch a one-day marketing effort to connect with its burgeoning Latino consumer base. For a three-hour period, Pizza Patrón will give away free pizza pies to customers who order in Spanish. This seemingly low-key promotion tactic has actually sparked controversy for the pizza chain–mainly from critics who feel rewarding those who order in Spanish is discriminatory. Good or bad, controversy surrounding the marketing stunt has given Pizza Patrón plenty of publicity. Is there a place for controversy in marketing campaigns, even those that reference Latinos?

Pizza Patrón, a pizza chain with 104 locations in California, Nevada, Arizona, Colorado, Texas, Georgia, and Florida, is no stranger to controversy. In 2007, the franchise faced criticism when they began accepting Mexican pesos as currency. Pizza Patrón has once again sparked the ire of similar critics for its “Pizza Por Favor” promotion. According to the company, customers can qualify for a free pizza by ordering in Spanish: broken, first time, or otherwise. Some have criticized Pizza Patrón for engaging in “discrimination”. One community representative even stated, “In public areas, people should be speaking English, and that includes pizza parlors”. Lisa Navarrete, spokesperson for the National Council of La Raza, has said, “For people to get offended or upset seems a little bit silly”.

Marketing gimmick or not, Pizza Patrón has certainly baked its brand into the consciousness of both the public and media. It has been said, there is no such thing as bad publicity. So, is stirring controversy a valid method of marketing? What about when Latino communities and culture become the center of controversy? Check out a few other examples below:

With regard to the above examples, one of the largest concerns for advertisers should be the potential impact controversy will have on Hispanic audiences. In the case of the Grand Rapids vegan restaurant, although there was no intent to outreach specifically to Latinos, the subject matter of the mural was controversial enough to capture the attention of at least one Cuban business owner. For the beverage conglomerate, there was a full-fledged attempt to engage the local New York Puerto Rican community. The controversy, however, was presumably due to a lack of cultural sensitivity–a mistake many brands have made. Whereas the start-up vegan restaurant may have benefited from the attention, the large beverage conglomerate did not.

For the Spanish national anthem recording, however, the attempt to connect with Latinos also became a catalyst for controversial buzz among non-Latinos. Like the Pizza Patrón campaign, “Nuestro Himno” caught the attention of a disgruntled sector, capitalized on their outrage, and propelled the overall promotion of the effort–intentional or not. Will the “Pizza Por Favor” campaign and the controversy surrounding it resonate with Latino customers and help build brand credibility for the franchise? Although controversial marketing efforts like these might alienate those with xenophobic attitudes, they may actually strengthen ties and increase market share with Latino communities. I will be curious to find out how well Pizza Patrón profits with their “Pizza Por Favor” campaign. Do you know of any controversial Hispanic marketing efforts? Please feel free to share with your comments.