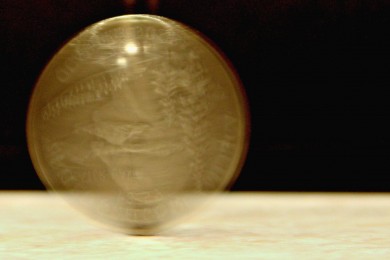 Almost two years ago, I shared some thoughts regarding the topic of leadership and Latino communities. At the time, the Pew Research Hispanic Trends Project reported the results of a 2010 poll that indicated the U.S. Latino populace did not feel there existed a single individual that could be considered their national leader. The organization recently released the results of a new survey has that indicated similar data despite indications that also suggest a national Latino leader is needed. Ironically, these results have been released at a time when we in West Michigan are now experiencing a change in leadership within our own Latino community. Again, I feel the responsibility to address how Latino leadership can be engaged with both locally and nationally, and how non-Latino organizations can engage with both Latino communities and leaders regardless of changes that may seem daunting yet inevitable.

In December, the board of a well-known local West Michigan Latino services organization made an announcement that they would immediately seek a change in leadership with their executive director. The announcement came as a bit of a surprise for many in our community, as the previous director was highly regarded as a community leader and earned many accomplishments for the organization since 2008. At this time, the organization has not formally announced a reason for the change but has confirmed their commitment seek a new director and continue their commitment to serve the local West Michigan Latino community.

Many questions typically arise when changes in leadership happen within an important civic organization. It is understandable that some may speculate about the future of their community, seek answers, and wonder who will be the next leader to take the helm. While it may be easy to get caught up in the buzz that surrounds the departure of a respected leader, I believe it is important to see beyond the buzz and try to recognize the opportunities that can come about from change. These opportunities can exist for those of us already in leadership positions to come forward and forge self-directed paths within our respective affiliations for the sake of our Latino communities. As I mentioned in 2011, there are several Latino leaders that fulfill a myriad of needs, services, and offerings in West Michigan, just like in many other Latino communities across the U.S.

Here are some thoughts for us to consider, both for those within our Latino communities and those seeking to better connect with them:

The idea of change can be daunting, especially when the welfare of our communities is at stake. However, it is during times of change when there exists the opportunity for new leaders and community members in the shadows to stand up and be counted. As coined in a popular song by Uruguayan songwriter Jorge Drexler: Nada se pierde, todo se transforma (Nothing is lost, everything transforms). Let’s pay it forward.