I am honored to announce that work from Latino Branding Power was curated this past year for display in the Smithsonian’s National Museum of American History. The original design, ¡Lotería, Lotería!: Latinos are Winning in Social Media, now appears in the Smithsonian’s new American Enterprise exhibition, a major installation that chronicles the history of events and individuals that have shaped business in the United States. The exhibition opened to the public on July 1 in Washington D.C. and will be on display for 20 years. 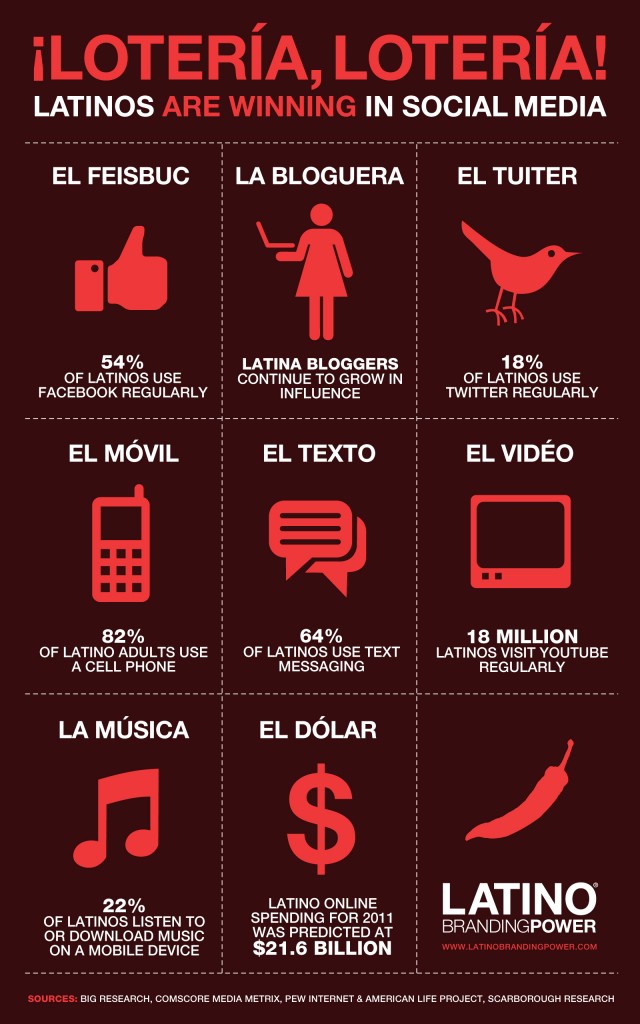 The curated design is an infographic that references facts and figures about how the national Latino population has embraced mobile technology and social media. In recent years, Latino use of social media has over-indexed other all demographics. While the data emphasizes Latino use of social media, the design of the infographic is inspired by the game Lotería, a popular pastime from Mexico that is similar to Bingo and uses images of characters and objects instead of letters and numbers. Many images have become iconic and are often parodied and referenced in contemporary Mexican art and culture. 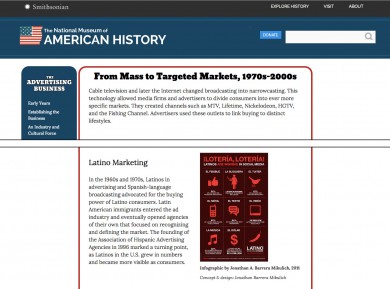 The infographic is located in the Smithsonian’s American Enterprise exhibition as part of The Advertising Business display regarding Latino Marketing, one of the examples regarding targeted markets. The exhibit display features examples of how targeted marketing and technology changed the way advertisers connected with new and emerging demographics during the late part of the 20th century into the 2000’s.

To be considered among some of the iconic marketing campaigns of our time is a significant recognition and I hope the exhibition will shine a light on the contributions of individuals within our communities as they relate to their contributions overall to American culture, society and economy.

The American Enterprise exhibition is located in Washington D.C. and is open to the public in the Mars Hall of American Business within the National Museum of American History’s new Innovation Wing.