Powered by the 2010 Census results, there has been some buzz around the Hispanic marketing arena about what the rapid growth among U.S. Hispanic populations will mean for the future of marketing to Latinos. Traditionally, Hispanic advertising has been seen as a niche-marketing specialty. It was primarily driven by a need to customize brand messages to an under-represented Latino population that spoke Spanish. However, recent insights are now challenging this concept as well as the whole idea of demographic based marketing in itself. One popular fact to emerge from the Census found that over half of all children under two are non-whites. This generation will fuel tremendous growth and change in the U.S. population over the next thirty to forty years. Recent reports also indicate that younger Latinos are language neutral – having neither a preference for Spanish or English. They do, however, value bi-culturalism and being both parts U.S. and Latin American. If Latinos are set to become such an integrated part of the U.S. population, regardless of language, should they really be referred to as a niche market?

END_OF_DOCUMENT_TOKEN_TO_BE_REPLACED

Infographic: Latinos in the U.S. are…

April 26, 2011 / 3 Comments / Posted in: Demographics
If you, like me, are a fan of infographics, I trust you will appreciate this blog post.In light of the 2010 Census results, I have created a downloadable infographic that highlights several facts about Latinos in the U.S. Find a link to the full size image below.Inforgraphics can be effective visual communication tools to tell stories. The dramatic growth we have experienced in our Hispanic communities over the past decade is a story in itself that deserves to be shared.

Please download and feel free to use this infographic as a screen-saver, desktop background, or print it out as a convenient resource about the power of Latino demographics in our nation.

An interview with Juan Tornoe

March 28, 2011 / 1 Comment / Posted in: Hispanic Marketing
At the West Michigan Hispanic Chamber of Commerce Awards Banquet, Latino marketing expert Juan Tornoe sat down with me for a few minutes before giving the keynote presentation that evening. Mr. Tornoe was very generous with taking time out of his busy schedule and answered questions about his involvement with marketing to Latinos, the 2010 Census, challenges and trends in Hispanic marketing, and insights about how Latinos use social media and the Internet. Please check out the video above of the interview.
END_OF_DOCUMENT_TOKEN_TO_BE_REPLACED

2010 Census: The browning of Michigan? 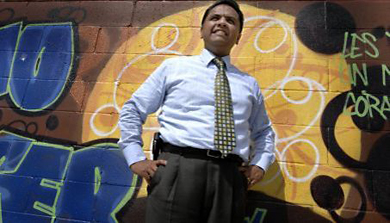 Carlos Sanchez of the West Michigan Hispanic Chamber of Commerce

Last week, the Census Bureau released results of the 2010 Census for the remainder of US states including information for the state of Michigan. As predicted, national statistics saw a dramatic increase in growth for Hispanic populations over the last decade. The official toll for Latinos in the US surpassed some predictions, logging in at 50.5 million. Now, 1 in 6 people in the US are Hispanic and account for 16.3% of the nation’s population. For companies and organizations, these numbers will deliver noticeable implications for future efforts in marketing and outreach. Look for many brands to consider changes in their communication strategies, if they haven’t done so already.
END_OF_DOCUMENT_TOKEN_TO_BE_REPLACED 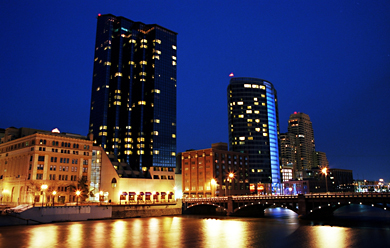 One goal I set out to do with Latino Branding Power was not only to report on culturally relevant insights nationally, but also locally from a West Michigan perspective. Although Michigan doesn’t boast a Latino population as large as other states like those in the Southwest, here in our corner of the U.S., we are eagerly awaiting the results of the 2010 Census.

A recent article in the Grand Rapids Press attempts to take a look forward to the upcoming results and compares local stats from the previous 2000 Census to recent numbers from the bureau’s 2005-09 American Community Survey. Despite an overall decrease in Michigan’s population, the numbers indicate dramatic Hispanic population growth is expected within the state as a whole, West Michigan, Kent County, and the city of Grand Rapids.

END_OF_DOCUMENT_TOKEN_TO_BE_REPLACED

All Eyes on the Census

Over the upcoming weeks, we should plan to see much attention focused on the results of the 2010 Census. The U.S. Census Bureau has and will continue to release results on a state by state basis. A recent AP video (below) addresses the 2010 Census and the estimates that indicate a significant rise in ethnic populations, especially among Latinos.