All posts in Dr. Felipe Korzenny

Am I less Latino if I don’t speak Spanish?

Earlier this year I was intrigued by an article on the NBC Latino website. In an opinion piece by Raul A. Reyes, a question was tackled that I’m sure many of us of Latin American heritage have heard before. If you do not speak Spanish, are you less Latino? Reyes brought up San Antonio Mayor Julian Castro who became well known on the heels of his Democratic National Convention speech. Apparently Castro is not fluent in Spanish and his lack of fluency implies, by some, that his Hispanic heritage may not be perceived as authentic.

END_OF_DOCUMENT_TOKEN_TO_BE_REPLACED

What we can learn from the Day of the Dead

The video above is a montage from a vacation I took to Michoacán, Mexico during the holiday known as El Día De Los Muertos (The Day of the Dead). My mother and I made the journey together a few years ago and had a fantastic time. Although a celebration to honor the dead may seem a bit macabre from a Western influenced point of view, for the indigenous populations of Mexico and Central America, it is a very commonplace tradition. What can this fatalist inspired holiday teach us about the attitudes and values held by many Latino communities?

END_OF_DOCUMENT_TOKEN_TO_BE_REPLACED

The recent passing of Apple founder and super-star innovator Steve Jobs has saddened us. Mr. Jobs truly challenged many dialogues with regard to how people access technology and media. One such area Jobs has been credited for reinventing is the digital music industry. Through the invention of the iPod and the iTunes music store, he and Apple placed music and entertainment into the hands and pockets of people the world over. Interestingly enough, a recently released study by Dr. Felipe Korzenny of the Center for Hispanic Marketing Communications at Florida State University (FSU) explored the use digital music by Latinos and other ethnic populations. Considering audiences that marketers in the music industry have traditionally targeted, the study results may be a bit of a surprise.

END_OF_DOCUMENT_TOKEN_TO_BE_REPLACED

September 6, 2011 / No Comments / Posted in: Health and Wellness, Hispanic Marketing

Last month I participated in a focus group that sought to collect feedback from various local communities and residents. I was invited as part of a group that gave insights about health and wellness in relation to Latino communities in Grand Rapids and West Michigan. What I found interesting were the parallels between most of the participants’ answers when it came to the subject of access to health care for Hispanic families. Many that recognized Latinos in Michigan underutilized health care and it was often a challenge to connect Hispanic individuals with the value of ideas like preventative measures and health education. Listening to the feedback, I was inspired to consider how marketers can use cultural relevance to break down barriers between education and access to health care for Latino communities.

END_OF_DOCUMENT_TOKEN_TO_BE_REPLACED 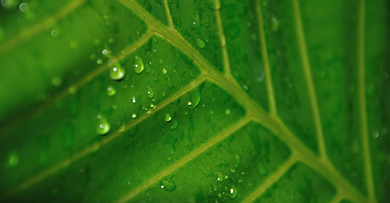 Sustainability has become a popular buzzword in business these days. It now seems that every major corporation releases an annual sustainability report to their stakeholders or participates in “green” initiatives. In addition, many in the design and innovation industry have embraced sustainability as significant part of their work. The impact of sustainable business practices in West Michigan came to my attention a few years ago when, as part of a class in my MBA studies, I had the opportunity to tour a Grand Rapids, Michigan manufacturer. The company is considered a local leader in environmental practices, touts a legacy of recycling and other sustainable systems, and produces environmentally friendly products for customers.

This experience inspired me to consider how Hispanic populations view sustainability. Are there Latino leaders within the sustainability movement? How have issues about the environment impacted Hispanics? Is there a correlation between “being Latino” and “being green”?